OCTOBER FUN IN THE COOOOOOLER WEATHER

OCTOBER FUN IN THE COOOOOOLER WEATHER

October is one of our busiest months of the year. The winter visitors return and the temperatures become more moderate -- it's time to get outside! Need to find a pumpkin or a Halloween haunted house? Visit Halloween Central!

These are many of the events that you can count on to take place year in and year out. All dates, prices, and activities mentioned are subject to change without notice. Check the website or call to confirm information, because they don't always let me know when there are changes. Activities in this event calendar are appropriate for families unless otherwise indicated. If the event is free, I'll mention that, too.

2nd Friday Night Out in Mesa
Live music, entertainment, art walk, prizes. Each month has a theme. Family friendly. Free admission. On Main Street in Downtown Mesa.
In 2015: 2nd Friday of the month

A.S.U. Concerts at the Center
The ASU School of Music presents concerts at the Scottsdale Center for the Performing Arts on select Monday evenings.
In 2015: October 26

Anniversary ArtWalk
Kicks off high season with live entertainment, food sampling and more along Main Street, Marshall Way and throughout downtown Scottsdale. More than 100 galleries will participate.
In 2015: October 22

Arizona Aircraft Expo
See the latest and newest technologically advanced models of general aviation aircraft. Designed for people who are interested in acquisition and ownership of an aircraft, as well as related topics like insurance, financing, and tax implications. Scottsdale.
In 2015: October 23, 24

Arizona Dance Festival
Showcase different dance artists, including emerging artists as well as professionals from all genres and styles of dance. Tempe Center for the Arts.
In 2015: October 9, 10

Art After Work
A painting party for couples, friends, anyone. Learn how to paint your own take on classic masterpieces and local landscapes. Instructor and art supplies provided. Online registration required. Tempe Center for the Arts.
In 2015: October 14

Arts in the Park Concert Series
A free concert on the lawn at the Wigwam Resort in downtown Litchfield Park from 3-5 p.m.
In 2015: October 18

Ballet Under the Stars
Free performances at various parks in the Greater Phoenix area.
In 2015: October 1, 2

Crossroads of the West Gun Show
At the University of Phoenix Stadium in Glendale. The shows offer hundreds of tables of interest to both the once a year hunter and the avid collector.
In 2015: October 10, 11

Day of the Dead
Day of the Dead exhibitions, festivals, parties, and celebrations in the Phoenix area.
In 2015: Various dates in October

Dish It Out
Local chefs offer up samples and compete in this benefit for Boys & Girls Clubs of Metro Phoenix. High Street in North Phoenix.
In 2015: October 25

Docomomo Tour
A Modern Phoenix event to bring awareness to the technical, historic and aesthetic value buildings of the 20th century and the impact they have in today's culture. Docomomo is an international organization DOcumenting and COnserving the MOdern MOvement. Limited space.

Visit more than 40 artisans set up along the streets in front of the unique shops and cafes of Historic Downtown Chandler. Free.
In 2015: Third Friday of the month

Empty Bowls
For a donation, you select a unique, handcrafted ceramic bowl from thousands of donated bowls. The contents of the bowl won't fill you up, but it is similar to the total amount of food consumed on a daily basis by many less fortunate around the world. You keep the commemorative bowl as a reminder that someone else’s bowl is always empty. Proceeds from the event benefit Waste Not. Arizona Center, Phoenix.
In 2015: October 9

First Saturdays for Families
Families with kids ages 4 – 12 are invited to the ASU Art Museum to participate in artistic projects. Free drop-in program. Tempe.
In 2015: October 3

Free Art Friday
Preschoolers and their parents participate in an activity involving art and/or music. The theme varies from month to month. No registration required. Free. Tempe.
In 2015: October 23

Glendale's Live at the Library
Musical entertainment at the Main Library. Concerts are free.
In 2015: October 22

Halloween, Pumpkin Patches, Haunted Houses, Halloween Festivals and Events
Here are some of the best Halloween events in the area. Some of the festivals are month-long events.
In 2015: Various dates in October 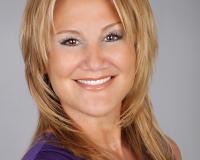 Testimonial - Hi! I'm so glad you're here :);
About ME - Helping people has always been at
Every Renter Should Read This - Are You Renting? You Should Read
Remodeling Your Kitchen Without Breaking The Bank - We've all been there. We watched

In just a few seconds, you will be searching just like a Realtor®

Mojica & Associates Real Estate has over 55 years of combined real estate experience here in the Valley. Concentrating on evolving trends in a rapidly growing market, we specialize in finding the perfect opportunity for first time buyers, families looking to upgrade their home, 2nd home buyers and investors. Whether you are looking for the perfect place to hang your hat or finding qualified buyers to purchase your current property at top market prices, we can get it done for you.

Mojica & Associates Real Estate professes that the only way to best serve our clients’ needs is to continually educate ourselves and our agents on the most current and future market trends. Whether it is cutting edge technology to showcase or find the perfect home, making sure our staff is the most knowledgeable in the Valley on contracts, curre nt laws governing real estate sales, short sales, or simply updating our listings throughout the day, we deliver.

Available to you, our most important client, is a vast network of business professionals dedicated to every facet of the buying or selling experience. We specialize in “targeted” marketing that provides optimal exposure through every forum available in today’s competitive market.

Hi! I'm so glad you're here :) Keep reading if you'd like to hear

Helping people has always been at the core of my beliefs. I was a teac

Every Renter Should Read This

Are You Renting? You Should Read This.Hey Renters, I am going to give

Remodeling Your Kitchen Without Breaking The Bank

We've all been there. We watched some HGTV show, saw Joanna Gaine

"I worked with Libby when I was searching to buy my first home. She was very professional and always available to answer questions and look at homes. Buying my first home was overwhelming, but Libby was patient and she made the process easy. I will definitely work with her again when i'm ready to move "

This is a list of your favorite properties. We will email you if a property is reduced or leaves the market.

This message will go directly to the head of our team.